Lordy We Need a Blue Wave! 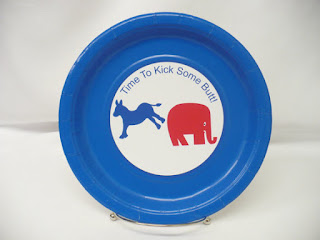 There’s much talk about the “blue wave” threatening to hit our country in the mid-term elections.  Have no fear, Monroe County, there’s no chance of it hitting here.  During the Primary election, the Republican voters outnumbered the Democratic voters 3-1.  That’s what happens when you don’t have a local Democratic Party recruiting candidates and putting resources behind that candidate.

“Wait!  Did I read that right?  Did she just say Monroe County does not have a Democratic party?” Yes, I said that!  For forty years Monroe County had an active Dem party, chaired by the esteemed Glover Stuart.  Glover was, and still is, a loyal Democrat.  In his 40 years, he never missed a State Party Chair meeting.  He was assisted by recently departed and friend to everyone, Doris Ogletree, and everybody named Ham, to mention a few.  Its membership was a diverse cross-section of our community.  You might say the Monroe County Democratic Party (MCDP) was a victim of technological advances and Facebook.

ALTHOUGH I am a “yellow dog” democrat and have worked in campaigns all my adult life, I have never associated with the Democratic Party.    Political parties are supposed to be impartial until the nominee is picked by the people.  As a campaign manager, field director, or simply a volunteer, I witnessed gross partiality in favor of those candidates who had been blessed by the Governor and the State Party Chair.  I also witnessed the neglect to down-ballot nominees.  That’s the way the game is played, so I chose not to play.  However, in 2014, the MCDP was the only game in town and I joined in their efforts to elect Democrats. Although odds were against us, working with that group of dedicated people was a great experience.  I learned first-hand the importance of a vital, local Democratic Party.

THEN BANG!  Just like that!  The MCDP was hijacked!  One day, a person was searching on-line to see if Monroe County had a Dem party.  Not finding a website or a Facebook page, this person contacted the State Party.  Translated, that means if you don’t have an on-line presence, you don’t exist. The State Party is staffed by young new-comers and 40 years of service to the Party obviously meant nothing to them. I don’t blame the hijacker because that person could not have done it without the agreement of the State.  I do, however, blame the hijacker for destroying a good organization, creating a new one, and then leaving town.  On paper and now on Facebook the MCDP still exists, but in reality, Monroe County does not have a Democratic Party.

AFTER AIRING all this dirty laundry, I’m taking this opportunity to appeal to those of you who may be interested in re-building the MCDP.  Our government is based on a two-party system. Without it, you get more of the same.  Since I am one of only a few Democrats in Monroe out of the closet, I felt I needed to make this appeal. The MCDP is in dire need of a leader and people to lead.  If you have an interest in filling any of these roles, please send me an email or contact me on Facebook if you are interested.  Let’s get this party started!

I’M THINKING there will be a wave, but not necessarily a blue one.  I say that because in the recent Georgia primary, eight (8) incumbents were defeated.  Surprising, it was 4 Republicans and 4 Democrats.  That tells me that people want change; and if you’re an incumbent, regardless of party affiliation, and you’re sitting on your laurels, you better kiss it good-bye.  If there is an anti-incumbent wave, Lordy, Lordy, I wish the Democrats had fielded a candidate against Congressman Austin Scott!

ABOUT THAT blue wave, we can only hope that it happens in enough districts to return majority to the Democrats in the Senate, but more importantly, the House of Representatives.  The House votes on impeachment.  “Wait!  Did she just say the “M” word?” (For all you venters, I know Impeachment is spelled with an I).  Yes, I said it!  Impeachment! Trump is the epitome of why our founding fathers gave us an escape clause.  Obviously the highly partisan, self-serving Congress we currently have is deaf, dumb, and blind.  Deaf to all Trump’s lies.  Blind to Trump’s desire to destroy the Constitution and institute autocratic rule.  Dumb to the fact they are a co-equal branch of government and were elected to serve our country, not an unhinged President.

Posted by Marilyn Langford at 3:36 PM