No One is Above the Law! 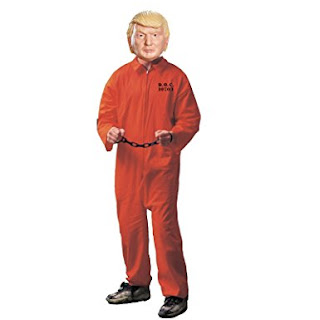 In case you haven’t noticed, there’s a war going on.  No, not the farcical airstrikes on Syria, but the war against the truth, i.e. James Comey.  Trump, the Republican National Committee, and the FOX network have colluded to undermine this man of integrity and professionalism.  Comey is honorable, ethical and a moral man who has served his country for over thirty- one (31) years.  That’s what you do when you’re guilty as sin.  You shoot the messenger!  You call the messenger an “untruthful slim ball,” and “slippery,” among other things. You call the highest law enforcement agency in our country a “den of thieves” and “low lifes.”

TRUMP HAS taken extraordinary measures to undermine James Comey.  He and the Republican National Committee have created a website called LyingComey.com. This is unprecedented by a political party who represents all Republican elected officials and their candidates.  It appears to be a desperate gamble on their part and it proves that Trump and the Republican Party are one and the same.

TRUMP, HIS staff, and the talking heads at Fox have not presented one piece of evidence that Trump is innocent.  Instead, these Trumpsters are maligning a man who has had a stellar reputation in all facets of his life.  Trump, on the other hand, has a reputation of being a liar, a serial adultery, possesses no class, a self-admitted sexual assaulter of women, loves chaos, and lacks ethics in his personal and business life. Comey’s account of what happened in the meeting with Trump and Trump’s crass denials boils down to this.  If you were on a jury, who would you believe?

LAST YEAR I wrote that James Comey should be fired for re-opening Hillary Clinton’s email case on the eve of the election.  It is normal to want retaliation for a person whom you felt had thrown the election in favor of someone despicable.  Besides, what else was I to think?  Comey was a life-time Republican!  However, I have since listened to Comey’s explanation and find it credible and truthful.  Besides the fact, Comey would have been drawn and quartered by these same people had he with-held this information.  A month later I wrote that Comey was a victim of a ‘Power Predator,’ namely Donald Trump.  Still, I find myself day dreaming about what our country would be like today had there never been Russian interference in our election and Comey had not erred in releasing the information.  Just think!  We could sleep sound at night.

NO COLLUSION?  Two weeks-ago Trump released that Mueller had stated to his lawyers that Trump was not a ‘target’ of the Russia investigation, but a ‘subject.’  There’s not a hair’s difference in those terms but some saw it as a vindication of Trump and called for celebration.  Perhaps that’s what you would think if you get all your news from the Trump (FOX) network.  The fact is Mueller never said Trump was cleared of Russian collusion in our election.

IN FACT, this past week it appears that Mueller may have everything he needs to prove collusion between Trump’s campaign and probably Trump himself.  The FBI raided the office of Michael Cohen, Trump’s personal attorney and “fixer.”  Cohen is the one who paid off all Trump’s women and he knows where all the bodies are buried, so-to-speak.  Also, it has been reported, yet another allegation in the Steele dossier was proven to be true.  In the Steele dossier he said Michael Cohen visited Prague and met with Putin allies to figure out how to provide undeniable cash payments to the Russian hackers.  Cohen and Trump have vehemently denied Cohen had ever been to Prague, using Cohen’s passport as proof.  Turns out, you can go into Prague through Germany without a passport.  It has been reported that Mueller has found proof this trip DID happen. If he has, it’s all over but Trump’s shouting.

Breaking New!  I interrupt this column to tell you that Trump filed a Motion with the New York court Sunday night to keep the Justice Department from viewing and possessing the documents retrieved from the raid on Trump’s attorney, Michael Cohen, and that he (Trump) be allowed to take possession of them.  He is citing attorney/client privilege.   One can only assume these documents reveal a level of financial fraud and sleaze we cannot imagine.

Posted by Marilyn Langford at 6:04 PM No comments: 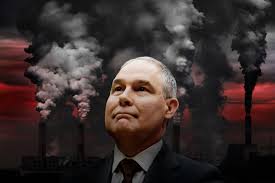 Last week, I spent a few days in southeast Georgia with my family.  I was “turned off” and “tuned out” from my usual diet of cable news ten to twelve hours a day.  Arriving back home and turning on the news, I was overcome with angst.  There was so much craziness for me to catch up on, it was too much for my mind to comprehend.  It seemed the level of chaos and turmoil had doubled in a short time. With Trump as President, it’s true, “if you miss a day, you miss a lot.”

FIRST, THERE was the story of the caravans of evil migrants headed to the Mexico/US border that Trump learned about while watching Fox and Friends.  It took us days to find out what was really going on with the caravans.  In the meantime, Trump calls for sending armed troops to the border and accuses the migrants of wanting to take advantage of DACA. (huh?)  If only Trump had read or listened to his Daily Security Briefing he would not have had such a knee-jerk reaction.  However, that’s his preferred way to deal with everything and create fear.

THE ENVIRONMENTAL Protection Agency (EPA) Head, Scott Pruitt, had at least two scandals a day last week.  Pruitt rented a room from a lobbyist who represented companies Pruitt was supposed to be regulating.  That’s normally a no-no for a cabinet official.  He also got the room on the cheap.  George and I visited Washington, D.C. twice a year for many years and our room sometimes cost as much as $200 per night.  I did not know we could have gotten a room in a luxurious condo for the going market rate of $50 as Pruitt claims and Trump affirmed.   It was such a good deal, after months of use, Pruitt refused to vacate and the owner had to change the locks.  That’s sleazy!

IT WAS revealed that Pruitt has 18 full time security agents working 24/7, even when Pruitt is not on duty.  This is triple that of other EPA administrators.  Pruitt insists on First Class air travel for he and his security staff because people say things to him. I venture a bet that prior to these scandals being unearthed recently, Scott Pruitt could have walked the streets of New York or Forsyth, Georgia, and no one would have recognized him.  Now we know he is paranoid.  He built a $43,000 soundproof booth in his office.  That begs the question, what is he afraid someone will hear?  Security agents guard his office door in addition to the security to get into the building.  His receptionist is surrounded by bullet-proof glass.

PRUITT, MEMBERS of his staff, and of course, his security detail, flew to Morocco to lobby the government to buy liquid natural gas (LNG).  Clearly not his “yob, mon” except that his $50 room was compliments of the LNG lobbyist. The meeting was only for one day.  Pruitt and his staff had a night’s lay-over in Paris and somehow missed their flight the next morning.  Too bad.  They had to stay in Paris for another day and night at a $44,000 cost to taxpayers.

WHEN THE White House denied Pruitt’s request to give two staffers from Oklahoma gi-normous salary increases, one $24k and the other $58k, Pruitt would not be deterred. He gave them the raise with money allocated for scientists through the Clean Drinking Water Act.  When questioned about this, he said he did not know about it before it became public.  Documents were produced showing he signed off on the raises.  So, we now know he’s a liar.  It appears Pruitt cares less about taxpayer resources than he does protecting the environment (if that’s possible.)

SO FAR, Trump seems inclined not to fire him.  After all, he’s doing such a great job of destroying all the progress made to protect our environment in the past. A lackey of that caliber would be hard to replace. Just last week, he moved to lower auto fuel-economy standards that Obama set in place to curb greenhouse gas emissions.  Trump needs to fire Scott Pruitt, if for no other reason than we cannot afford him!

I WISH Fox News would explain to Trump the meaning of “Drain the Swamp.”  They are the only ones he listens to nowadays.  The only draining of the swamp he is doing is replacing one creature with another.  Every time he fires someone, he replaces them with someone worse. The pond scum is getting so thick, you can’t stir it with a stick.

one sitting.
Posted by Marilyn Langford at 9:24 AM No comments: