Casey Cagle is a Swamp Monster 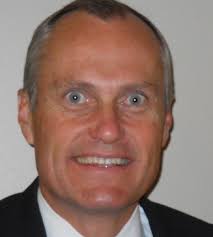 Kudos to Lt. Governor Casey Cagle for speaking so forthright, candid, and honest regarding why he finally put his weight behind a piece of legislation he and Senator Lindsey Tippins “had been beating to a pulp” for two years.  Seldom, if ever, do we hear the real reason a bill is passed.  We never hear first-hand how politics is the driving force behind bad legislation.  Thanks to Casey Cagle, we got a guided tour of the swamp we call the Capitol Dome.

THE GUIDE for our swamp tour is Monroe County’s very own Clay Tippins, who was a candidate for Governor and an opponent of Casey Cagle in the Republican Primary.  After the Primary, Clay Tippins met with Cagle and recorded their conversation using his iPhone in his pocket.  Clay was upset because Cagle had betrayed his uncle, State Senator Lindsey Tippins, Chair of the Senate Education Committee, by demanding that Senator Tippins approve the bill in committee.  Senator Tippins, feeling hurt and betrayed, resigned at the end of the session.

THE LEGISLATION in question was the Student Scholarship Organization’s (SSO) tax credit, which raised the limit to $100 million dollars.  This tax subsidy, a fancy word for school vouchers, is handed out to middle-class and upper-class families chosen by the schools., now law thanks to Casey Cagle, has zero accountability, zero transparency; making this voucher system ripe for fraud.  Most importantly, it takes away from Georgia’s public schools.

SO, CLAY Tippins met with Cagle with his iPhone recording it all, and it is appalling what Casey told him. ** I regret I cannot provide the entire transcript here, but you can go on-line and google Casey Cagle Tape and read the entire transcript for yourself.  Warning, it will make your stomach churn if you are a Cagle supporter and a Kemp hater.

CAGLE RELATED to Tippins that there was a group getting ready to give Hill $3 million and he had to have the SSO bill.  He went on to explain that Hill was nearly out of money in his campaign and $3 million would make him formidable.

Cagle: So, I just told Lindsey point-blank. I said, ‘Lindsey, the SSO bill, I’ve got to have it.

Cagle: It was bad, it was bad.

Tippins: Why? You turned on him. And there are reasons for that. Why did you have to have it?

Cagle: Exactly the reason I told Lindsey, that you need to listen to: It ain’t about public policy. It’s about (expletive) politics. There’s a group that was getting ready to put $3 million behind Hunter Hill. Mr. Pro-Choice. I mean, Mr. Pro-Charters, Vouchers. …

When questioned by Tippins what was keeping the group (The Walton Foundation) from giving money now to Kemp, here is the killer answer:

Cagle: There’s just no way they could back anybody else. No way. No way. And again, because they wanted that $100 million SSO (Student Scholarship Organizations tax credit). And, you know, and I was the only guy standing in the way. Is it bad public policy? Between you and me, it is. I can tell you how it is a thousand different ways.


And, apparently justifying his betrayal of his friend, Senator Tippins, he said the following:

Cagle: And Lindsey, to his credit, which I love and I value, is a man of principle. And he’s at a place in his life where, you know what, he doesn’t give a (expletive), and he can go home and he’ll be fine. He ain’t looking for another race.


That’s what my Mama would call a “real scoundrel.”

LOOK FOR more to come out about Casey Cagle, regarding “Me-Too” situations. There have long been rumors around the Capitol about his philandering. Even Erick Erickson wrote an article about this in 2009.  In fact, there’s lots of stories on-line.  My favorite story is about the secretary who walked into Cagle’s office and caught Cagle and a staffer in an awkward position.  The staffer claimed she was “tying his shoes” under his desk.  It is also no secret that Cagle likes to live high on the hog at taxpayer’s expense.  Just call it the Scott Pruitt Syndrome.

Posted by Marilyn Langford at 7:44 PM