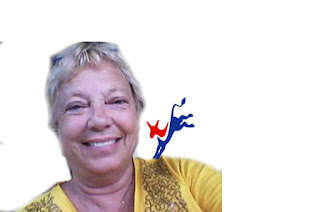 Trump said Sunday, “USA needs to start thinking about racial profiling.”  Coming from Trump, I was not surprised, but unlike most of his comments it did not amuse me. It made me sad and fearful for all the peace loving, America-loving Muslims and Arabs who are in this country simply living their life, as we are.

Remember this?   “I look to a day when people will not be judged by the color of their skin, but by the content of their character.” Martin Luther King, Jr.

That “day” Dr. King dreamed about is not here yet.  But we have gotten closer.  We all know racial profiling has never stopped, although President George Bush signed an Executive Order in 2003, banning the use of race, color, and ethnicity to profile suspects.  I’d like to point out here that President Bush did this after the horrific racial profiling debacle after 9/11. However, the bright spot is that racial profiling has been going on in this country since the 1700’s and at least we have made progress in eliminating this immoral practice.  Three hundred years of progress negated if we allow a bigoted, orange man to be President of our country!

If Trump has his way, he will set this country back three hundred years or at least 1944, when 11,000 Japanese Americans were gathered up and interned based on their ethnicity and national origin.  Also, we all know of his plan to “gather” up all Mexicans and send them back.”  Oh, and don’t forget the Syrians.  Racial profiling would be his ideal tool to accomplish all this and more.

When Trump made his statement that we may need to look at racial profiling, perhaps he should ask the black man he referred to as “My African American over there.”  I bet he could enlighten Trump on the affects of racial profiling.  I have many black friends and they all have personal stories of their encounter with racial profiling, especially black males.  As a white female, I cannot fathom living with that threat every day of my life.  Worst yet, would be living with fear for my children every day of my life.

The good news is that the last couple of weeks have been bad, really, really bad for Trump.  He denies this, but after telling his King Maker, Corey Lewandowski, “You’re fired,” tells a different story.  After nearly a year of unthinkable remarks and policies that sunk the campaigns of 16 opponents, he is on the ropes.  What will deliver the knockout punch?  I predict that will be $$$$$.

The one thing Trump understands is money.  He’s running out!  Or, since we only have Trump’s word on his billions and billions of dollars in wealth (he would never tell a lie), he may already be out of his own money.   One thing is for sure, he’s no longer “self-financing” his campaign.  Why else would he be fundraising in red states at this point-in-time, including Georgia?

Further, Trump is well on the way to bankrupting the Republican National Party.  The RNC’s convention’s largest donors are dropping like flies.  That list includes Wells Fargo, UPS, Walgreens, JP Morgan, Motorola, and Ford.  Most devastating to the RNC is the announcement by Apple. Apple has decided against providing the cell phones, tablets, other electronics, as well as monetary support for the convention.  Maybe the billionaire Republican Koch Brothers will help?  Oh, I forgot!   They said they are only contributing to down ballot races to help save the endangered House and Senate.

If Trump had a bad week, Hillary Clinton had a very, very, huge week.  Not only because of Trump’s foot and mouth disease reaching stage 4, but due to receiving important endorsements, like that of the AFL/CIO, organized labor’s prize endorsement, and Oprah Winfrey.  Then the “big three” endorsed her and hit the campaign trail.  President Obama, Vice-President Joe Biden, and Senator Elizabeth Warren.  Senator Warren has latched on to Trump like a Chihuahua onto a mailman’s pant leg.

The American people are the real losers this week.  Today the U. S. Senate rejected all four Democratic proposals to close loopholes in our country’s background check system and blocking suspected terrorists from purchasing weapons.  Remember everyone shouting, “Can’t fly!  Can’t buy!”  Polls show that 75% of the American people are in favor of these changes.  Makes you wonder who they’re listening to, doesn’t it?  The NRA?  The RNC?  Definitely NOT the USA!
Posted by Marilyn Langford at 6:10 PM