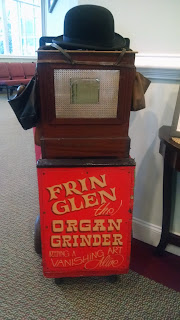 Glen E. Buckner, age 85, of High Falls passed away last week.  Glen Buckner was a legend, not just in High Falls, but all of Georgia.  You may know him as the owner of Buckner’s Family Restaurant just off I-75 on Buck Snort Road.  This restaurant is a source of many memories for families and friends coming together for a meal in a home setting.  Buckner’s is also known for the gospel music hall adjoining the restaurant and has hosted many well known gospel recording artists.

While he and his wife, Evelyn were successful in the Buckner’s Family Restaurant business, this success did not happen by accident.  Despite years of struggling and facing much adversity, they worked hard and never gave up.  Evelyn told about their first Thanksgiving together.  All they could afford was a can of Spam that she baked and they pretended they were eating turkey.

In 1974, I was living in Savannah and attended a conference in Atlanta.  I had heard much about “Underground Atlanta” so I decided to check it out.  The only memory that stuck with me about that night was an organ grinder with two trained monkeys.  That act was hilarious.

Fast forward thirty years, just after I moved to High Falls.  I learned that the organ grinder was none other than, Glen Buckner.  Small world, huh?  Over the years I never tired of hearing stories about his monkeys, most of which I could not print.

Too many years ago to count, I was fortunate enough to have a work schedule that allowed me to join the coffee club at a High Falls restaurant. That’s when I got to know Glen and Evelyn.  I soon realized that Glen Buckner was the most uniquely funny person I’d ever known.  Each day the coffee club members looked forward to see what Glen would say or stir up that day.

Glen Buckner’s comedic talent was star worthy.  Additionally, Glen and Evelyn together took me back to the days of George Burns and Gracie Allen.  I wish they had taken their show on the road.

As I heard more and more jokes and quips, I coined the word, “Bucknerisms” and would like to share some of those with you now.

Glen:    “I’m taking Evelyn to one of those fancy places where they cook the food in front of you.  What’s that place, Evelyn?
Evelyn:  Japanese Steak House?
Glen:  Oh, I know.  Waffle House!

Glen was excited about getting new hearing aids, (and so was Evelyn).  The day after he was supposed to get his hearing aids, he arrived at the coffee club and someone asked, “Where’s your hearing aids, Glen?”  He responded, “They’re here in this box.”  Everyone wanted to know why?  Glen said, “The doctor said I had to get used to them first.”  The next day, when he arrived, he told us that he called back to the audiology nurse and the conversation went something like this:  Glen:  “You told me to put the one with the red dot in my right ear.  Where do I put the one with the blue dot?”  Audiologist:  speechless.

Another time everyone at the coffee club was concerned about Glenn having an MRI.  The next day he walked in and announced, “The doctor said I had the worst case of MRI he’s ever seen.”

When someone complimented him on the food at Buckner’s, he lamented, “That place is so high, I can’t afford to eat there anymore!”

There are many more “Bucknerisms” but I have space constraints.  I will end this by saying that I will remember Glen for many things, but mostly for his love for Evelyn, his ability to make people laugh, his big heart, and his philanthropy to those in and around High Falls.

By the way, in reflecting for this article, I realized that Glen and I never had a political conversation in all those years.  I couldn’t tell you if he was a Democrat or a Republican.  In the scheme of things, that doesn’t really matter, does it?

Posted by Marilyn Langford at 12:14 PM