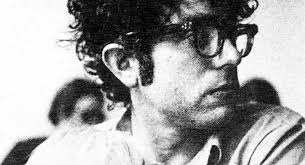 Not even Stephen Speilberg could write the screenplay for this 2016 presidential election. Nobody has the imagination to predict this wild ride to the finish.  The players are mostly stars with some unknown actors looking for a breakout, career- making appearance.  Some die along the way and others live to play in a sequel.  The plot has more twists and turns than a roller coaster.  It’s a real-life season of Survivor and moves much faster.

The casting for this election is a director’s dream.  It has the billionaire so rich he brags about being able to get by with murder and not lose a vote.  It has the grumpy old grandfather.  There’s the woman people love to love, and some love to hate.  There’s the foreign-born villain.  There’s the Cruella Deville character.  It has a token minority that defies any semblance to a similar situated person we have known.  There’s the wannabe rich, little boy with a Rolex watch.  It has a loud-talking, smart Alec from New Jersey.  And then there’s Jeb.  Please clap.  Oh!  And a character so normal, he’s almost forgettable, except he makes the most sense of the Republican candidates.

This yet to be completed script has a good mix of drama, comedy, dirty tricks, religion, trash talk, bromance, and lots of dancing (around the issues).  The entire season promises to be a cliffhanger and I only hope it doesn’t end up with an “R” rating!

There’s a reason Iowa and New Hampshire are the first states to give their review of the candidates.  Unpredictability.  It keeps people tuned in and interested.  By the time States more representative of America get to vote, their vote still makes a difference. At least I hope that’s what happens this year.

It wasn’t long ago when no one foresaw a battle royal between a socialist and a woman for the Democratic nomination.  As Bernie Sanders rises in the polls, I become more and more incredulous.  Until this election, Bernie identified himself as independent socialist.  Socialist!  He was elected in Vermont as an Independent.  In the Senate, he caucused with the Democrats, yet claimed he was an Independent.  He is taking advantage of the established apparatus of the Democratic Party by professing to be a socialist Democrat.  Will loyal Democrats feel like they have been BERNED?

I am perplexed as to why so many young people (“thumbsters”) are identifying themselves as socialists. They must think “socialist” means they are proficient with social media.  There’s too much at stake here to elect someone because you don’t know the definition of the word.  It’s easier to say you are a Socialist if Mama and Daddy have always paid everything and when it’s finally your turn, you ask your Uncle Sam to pay for everything.  Republicans will tell you that is liberalism.  No, that’s socialism.

Furthermore, as one who came of age in the nineteen-sixties and had a husband and two brothers in Vietnam at the same time, the term “pacifist” and “Conscientious Objector” were dirty words in my Daddy’s house.  Bernie Sanders was both those things.  Now he is asking us to make him our Commander-in-Chief.  We’ll see how veterans feel about that.

For those too young to remember, during the mandatory draft, a Conscientious Objector (CO) was a legal draft dodger.  If you were a college student, you could postpone your military service until you completed your education.  Sanders did that.  No problem.  But after completing college, Sanders filed papers stating he was opposed to serving in all wars based on his conscience.  His application was denied.  He appealed until he was too old to be drafted.  Democrats, if this is the first time you’ve heard this, trust me when I say, the Republicans know it and are praying Hillary Clinton does not win the Democratic nomination for President.

The Monroe County Hospital Auxiliary is staffed by volunteers and depends on donations to provide supportive services to our local hospital and patients.  It is now more crucial than ever to support this important organization by attending their fundraisers or by writing a check.  If you missed their annual soup luncheon on Friday at First Baptist of Forsyth, you missed a culinary treat.  If only they could “can” it, Campbell’s would be in trouble!  Good job, ladies!

Posted by Marilyn Langford at 11:37 AM